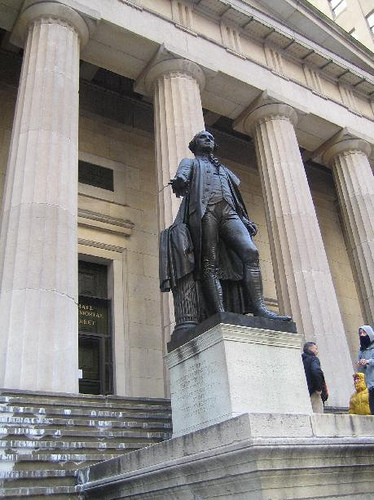 Here are 5 critical things to know as a confident investor

1. Compound interest is what will make a confident investor rich.

In this hurry up world that we live in, this is frustrating. It also gives credence to the 5th item on this list. It takes time to become rich. Warren Buffett is a great investor, but what makes him rich is that he's been a great investor for two thirds of a century. Of his current $60 billion net worth, $59.7 billion was added after his 50th birthday, and $57 billion came after his 60th. If Buffett started saving in his 30s and retired in his 60s, you would have never heard of him. His secret is time and consistency.

Most people don't start saving in meaningful amounts until a decade or two before retirement, which severely limits the power of compounding. That's unfortunate, and there's no way to fix it retroactively. It's a good reminder of how important it is to teach young people to start saving as soon as possible.

This doesn't mean that all is loss if you are in your 40s or 50s. It does mean that you need to be realistic and not listen to the latest get rich quick scam. As I say in my book, The Confident Investor, I do not believe it is possible to do anything legal and get rich quick.

2. Revenue and profit is why confident investors invest in companies.

Companies that do not generate revenue (and therefore profit), will eventually not be successful. Future revenue or potential revenue or revenue projections are fine but over time revenue needs to come in to the company.

The longer it takes to get to revenue or get to profit, the more likely the company has internal problems or a lack of focus. A confident investor will stay away from companies as they are risky and there is no way to be confident that the company will be successful. Past success is the single best indicator of future success - it is safer for a confident investor to invest in growing and profitable companies.

3. Simple is usually better than smart.

A confident investor that bought a low-cost S&P 500 index fund in 2003 earned a 97% return by the end of 2012. That's great! And they didn't need to know a thing about portfolio management, technical analysis, or suffer through a single segment of "The Lighting Round."

Meanwhile, the average equity market hedge fund lost 4.7% of its value over the same period, according to data from Dow Jones Credit Suisse Hedge Fund Indices. The average long-short equity hedge fund produced a 96% total return which is still short of an index fund.

I cover this concept in my book, The Confident Investor, and I have also written articles concerning active funds v. index funds.

4. The odds of the stock market experiencing high volatility are 100%.

Most investors understand that stocks produce superior long-term returns, but at the cost of higher volatility. Yet every time there's even a hint of volatility, the same cry is heard from the investing public: "What is going on?!"

Nine times out of ten, the correct answer is, "Nothing is going on." This is what stocks do. They go up and they go down. Sometimes there is nothing going on with the company that is driving the movement. Don't worry about small variations or even trends that last a week or two.

Since 1900 the S&P 500 has returned about 6% per year, but the average difference between any year's highest close and lowest close is 23%. Remember this the next time someone tries to explain why the market is up or down by a few percentage points. They are basically describing why it always rains after you wash your car.

5. The industry is dominated by cranks, charlatans, and salesman.

The vast majority of financial products are sold by people whose only interest in your wealth is the amount of fees they can sucker you out of. You need no experience, credentials, or even common sense to be a financial pundit. Sadly, the louder and more bombastic a pundit is, the more attention he'll receive, even though it makes him more likely to be wrong.

I honestly hope that you don't think I am one of those people.  🙂