Giving an allowance to your child to teach investing 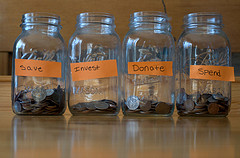 Many people give their children an allowance. It is a common practice that has many goals. Some (but not all) of those goals are:

I contend that it is possible to use an allowance to teach a child to invest as well. Teaching investment philosophies can pay off in a big way. The power of compound interest is most pronounce if a young adult starts investing early in life. Therefore, if you can teach a child about investing, hopefully that child will invest more regularly as a young adult. We all want our children to do better than we are doing in life, so if we can teach them while they are young to be wealthy when they are old and gray, we have succeeded to some degree as parents.

e of the most important lessons of investing is to pay yourself first. Quite literally, one must take a portion of every paycheck and immediately set it aside as an investment before paying any other bills. This can seem to be tough to do but it really is more of a mind set and a practice than anything else. If you are setting this money aside from an early age, you will likely set it aside as you grow older. By starting your children off with this practice on their allowance, you will teach them the habits of a lifetime.

It is also important to take care of your fellow man. Let's face it, if you are reading this blog, you are probably more fortunate than most people in this world. Take some of your hard earned money and help others with it. The allowance for your kids is where you can start to teach them this wholesome habit.

Once my child was able to start recognizing different coins and counting money, I started them on an allowance.  For me, that was when they turned 6 years old. You may find that you should do this earlier or later. This was also the time when they were able to start taking care of themselves to some degree. I could expect them to pick up their own room and do a special job around the house.

A job should not be tied to the allowance, but it should be required to help the family

For us, the youngest child at the age of 6, would be in charge of making sure that our second refrigerator (in the garage) was stocked with drinks for the family. We don't drink a lot of soft drinks but bottled water, juice, ice tea, and a few types of soft drinks are always cold for ourselves or a guest to our home. The first job any of our children was responsible for maintaining, was to make sure that this stock was kept current. It would only take about 10 minutes every 2 or 3 days to do the job, but it was a way to uniquely contribute to the family. 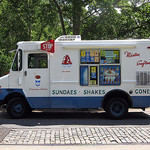 As the children grew older, they would get a more challenging job to do (leaving the refrigerator stocking job to a younger sibling). Jobs such as taking out the trash or picking up after the pets were weekly jobs that had to get done that a young person could easily accomplish and take full ownership for doing.

Other seasonal chores such as raking leaves or daily chores such washing dishes were more of a group activity where the entire family is expected to help. The goal of the above job was that my child "owned" the job and it was obvious if it didn't get done.

I discuss the concept of a job because I want to point out that we did not tie the allowance to the job. The allowance was never set up to be payment for services rendered. Rather, we all want things and need money so the allowance was simply an acknowldegement that this was their money. We also didn't take the allowance away for bad behavior.

Allowance is $1 for every year of age

We didn't just give them the money for the allowance. Rather, we sat with them every Sunday evening and paid them, made them count the money (to reinforce those math skills), and then we worked on dividing up the payments that they had to make.

So when one of our children was 6, the allowance was $6 every week. 10% of that allowance (60 cents) immediately went into a special envelope to give away. That donation money could be given to any cause my child chose. It could be church. It could be United Way. It could be to sponsor a neighbor in a 5K run for a charity. It could be for a jump-rope-a-thon. It really didn't matter what charity was chosen, but it had to be a donation. It couldn't be to buy Girl Scout cookies or if the local high school was selling candy bars to raise money for uniforms. It had to be a gift.

The next 10% (another 60 cents for my 6 year old) went into a different envelope that was marked "Long Term." Long-term money was special because it was set aside and couldn't be touched for an entire year (this is "long-term" for a child of under 12). Then, between Memorial Day and Independence Day, the child could take their long-term money and buy one thing with it. They could only buy one thing. It couldn't be for a gift card to spend later. It couldn't be for 6 different small toys. It had to be one single thing. One way to think of this is that it had to come in one box or package.

The great part of saving this money for the entire year was that it earned great interest! I would pay half of whatever they purchased (this of course is phenomenal interest rate, but remember I am trying to teach the child to save for the future).  So for a 6 year old, the savings for an entire year was $31.20 ($0.60 per week X 52 weeks). The 6 year old could spend up to $62.40 on one thing since I would match the savings. If the child wanted something more than $62.40 then the short term money (the remaining 80% of the weekly allowance) could also be saved to augment the purchase.

This technique taught my children to save money for future purchases. It was amazing what they would save and buy. Over the years, my kids have bought iPods, scooters, and gaming systems with their long term savings (accompanied with the generous interest payments from the parents) and their short-term money to augment. 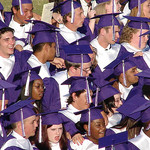 I stopped paying allowance when my children turned 16. At that age they were able to get a part-time job at a local business making sandwiches or lifeguarding. I was happy that they still saved money for charities to help those less fortunate than themselves. I was also happy that the savings accounts grew for each one of them as they saved for something important to them (such as helping with college tuition and books). When they entered college, each child had several thousand dollars in savings to help with college payments. Unfortunately, college destroyed that savings rather quickly, but that is the subject of a different article.

My oldest son has graduated from college is now launching his career. When he started his first "adult" job, he immediately understood the benefit signing up for the stock purchase plan and the 401K investment plan offered by his employer. Putting that money aside before he paid his bills made perfect sense to him.

I may not have been a perfect father over the years, but it does appear that I taught him how to start investing when he was only 6 years old and it stuck