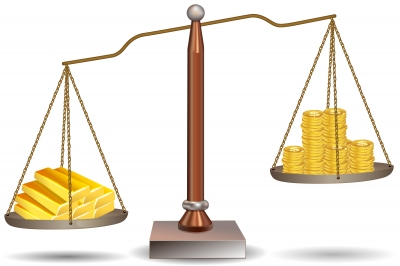 It has been common over the last few years for companies to use a stock buyback to increase the value of the stock. In general, I prefer that a company invest money in research and development (R&D) than do a stock buyback. I even prefer R&D to  dividends. R&D tends to be a way to grow the capability of a company to have products in the future that the company's customers will value. If the products are more valuable then it is likely sales will increase. As we have seen time and again, when sales increase at a company the value of the company will almost definitely increase.

What is a stock buyback?

A stock buyback is basically the company buying its own shares. Invariably, the CEO or CFO will say something like, “We don't see any better investment than in ourselves.” This is probably a cop out since it is likely they could buy the stock of another company that is growing faster but it sounds good in press releases.

When a company elects to purchase outstanding shares of its own stock it can accomplish this through one of two ways:

The general goal of a stock buyback is that there are fewer shares that are on the open market. This means that the stock price should gain in value as long as all other factors are equal. Let's do a bit of quick math to explain this conclusion. We know that Market Value or Market Capitalization (often shortened to Market Cap on financial web sites) is the current stock price times the number of shares outstanding. Therefore, simple algebra says that if the market capitalization stays exactly the same and the number of shares goes down then the stock price has to go up to make up the difference. A simplistic example: we know that a US dollar is equal to a type of coin (a penny in this case) times 100. If we then say that we do not have 100 coins but we have 20 coins (the number of coins is reduced) and since it is still $1 then we know that the coins are now nickels rather than pennies.

The big reason to do this is the information that companies announce to the market. The companies will announce their earning per share of stock. This means if earnings are flat, the EPS will increase. If the earnings are increasing, EPS will increase even faster. As you can tell from my daily stock analysis posts on this site, EPS growth is very important to a Confident Investor!

It is important to understand that just because the executives announce a stock buyback program, it doesn't mean that it actually executes on those buys. Many times the program is announced but no stocks are ever purchased.

There has been a great deal of research on the increase in value of a stock after a stock buyback. That is the goal after all. It would be terrible if a buyback triggered a reaction in the market that devalued the company and therefore offset the decrease in stock.

One real-world gauge of buybacks' market-beating potential comes from an investment advisory service called the Buyback Letter, which is edited by David Fried. Investing only in stocks of companies that have announced repurchase programs, this service has returned significantly more than the market did over the last 20 years.

According to the Hulbert Financial Digest, its model portfolios have produced an average annualized return of 9.4% over this period, in contrast to the Standard & Poor's 500-stock index's 4.4%. (Both returns include dividends.)

An additional feature that makes buyback strategies compelling: The success doesn't depend on investors reacting immediately to a buyback announcement. That's an important advantage, since many of Wall Street's favorite strategies perform poorly if followers aren't paying close attention to the markets during each trading session and taking action quickly.

Buyback strategies aren't time-sensitive, according to David Ikenberry, Dean of the Leeds School of Business at the University of Colorado, Boulder, and an expert on stock buybacks. In an interview, he said that he has found in his research that the average buyback stock outperforms the market in each of the four years following the company's announcement of its share-repurchase program.

While a buyback program should not be the REASON that you buy a stock, it is a good thing. If you are trying to decide between two companies to invest in and both have similar metrics and R&D spend, buyback should be considered. If all other things are equal the one with a buyback is likely to be a better investment.

2014-05-31
Previous Post: The history of Bitcoin – Infographic
Next Post: Investment indicator thoughts for the week of June 1, 2014