By: Sean O'Shaughnessey
In: Around the web
Tagged: Middleby Corp.
With: 0 Comments 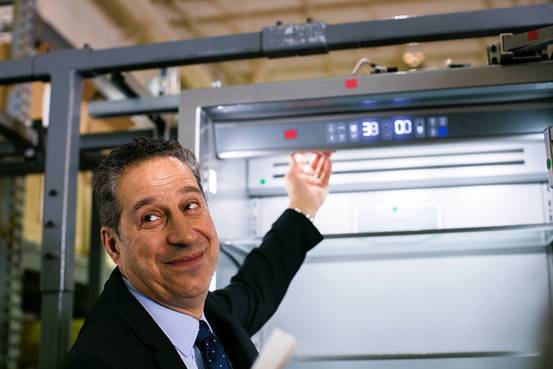 Selim Bassoul, chief executive of Middleby Corp.[stckqut]MIDD[/stckqut], is on a frantic quest to become king of the upscale kitchen range.

Over the past three years, his Elgin, Ill., company has bought three of the world’s most prominent cooking brands: Viking Range, AGA and La Cornue. It also has suffered a bit of indigestion.

“We’re becoming the leading high-end appliance [maker] in the world,” Mr. Bassoul boasted while speed-walking across the floor of his Viking plant here. Long a big supplier of commercial food-processing equipment, Middleby is rapidly expanding to home ovens, refrigerators and other kitchen gear where Mr. Bassoul believes he can add more sophisticated technology and raise profit margins.