By: Sean O'Shaughnessey
In: Around the web
Tagged: Adobe Systems Inc., Wal-Mart Stores Inc.
With: 0 Comments 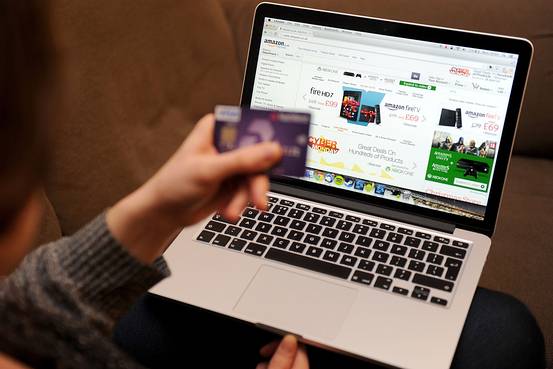 Holiday shopping isn’t what it used to be.

A National Retail Federation survey on Sunday found that more people shopped online than in stores during the Thanksgiving and Black Friday weekend, a sign of how quickly and deeply American shopping habits have changed.

This year, crowds at malls were thinner and stores were calmer over the Black Friday weekend. But online shopping, especially on mobile phones, surged as more retailers offered the same promotions online, often before items became available in stores and shoppers relished the joy of grabbing a deal while lounging at home.

Consumers spent an estimated $4.45 billion online Thursday and Friday, with Black Friday sales rising 14% from a year ago, according to Adobe Systems Inc., [stckqut]ADBE[/stckqut] which tracks purchases across 4,500 U.S. sites. It estimated that more than half of Black Friday shopping came from mobile devices. At Wal-Mart Stores Inc. [stckqut]WMT[/stckqut] about half of online orders since Thanksgiving have been placed on mobile devices, almost double the amount last year, according to the retail chain.