Are These Brick-and-Mortar Stores Amazon-Proof ($AMZN)? 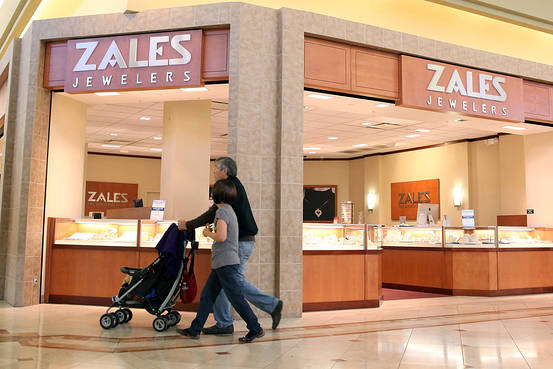 In the world of retail, there is Amazon.com [stckqut]AMZN[/stckqut], and there is everyone else. But while the challenges facing the latter group seem to mount daily, there are still some retailers whose turf looks defensible.

What do diamonds, cosmetics and crafting supplies have in common? For investors, they may be one bulwark against a charging Amazon.

Amazon’s sales have grown at a year-over-year rate of about 20% in recent quarters. To keep that up, it must be constantly expanding into new retail categories. Take, for example, its recent, push into grocery delivery and its efforts to expand its apparel and fashion-accessories offerings. Even items like furniture and mattresses are increasingly moving online, although Amazon itself doesn’t dominate those businesses—at least not yet. Indeed, few categories seem safe, particularly since Amazon’s investors don’t require it to be profitable.

But looking down the road, there are a few areas where investors can bet consumers still will be buying in brick-and-mortar stores.

One of these is diamond rings, and Signet Jewelers [stckqut]SIG[/stckqut] stands to benefit. The company’s roughly 3,600 stores, which operate under the names Kay Jewelers, Jared The Galleria of Jewelry and Zales, among others, are in the U.S., Canada and the U.K. They target midtier shoppers, with more than 50% of sales coming from the relatively recession-proof bridal business.

Its stores require a bit more effort to get to. Still, Ulta has been able to successfully establish itself as a beauty destination, particularly among low-to-middle-income consumers. The company’s sales have grown in excess of 20% for the past four fiscal years. Some of that is reflected in its multiple of about 30 times fiscal 2016 earnings estimates. But consistency combined with strong profit growth is difficult enough to come by in U.S. retail that the premium is warranted: Earnings are expected to climb by 18% next year as Ulta continues to take share.

Just as shoppers might need to enter an Ulta store to get tips on cosmetics, people looking for crafting inspiration will likely keep coming to The Michaels Cos. [stckqut]MIK[/stckqut] stores. Michaels’s wide assortment of relatively infrequently purchased products, many made by lesser-known brands, makes it more defensible. And while craft supplies are discretionary, they aren’t typically big-ticket items, making them less sensitive to fears of a weak consumer.