Why Wait Three Days to Get Your Cash After You Trade? 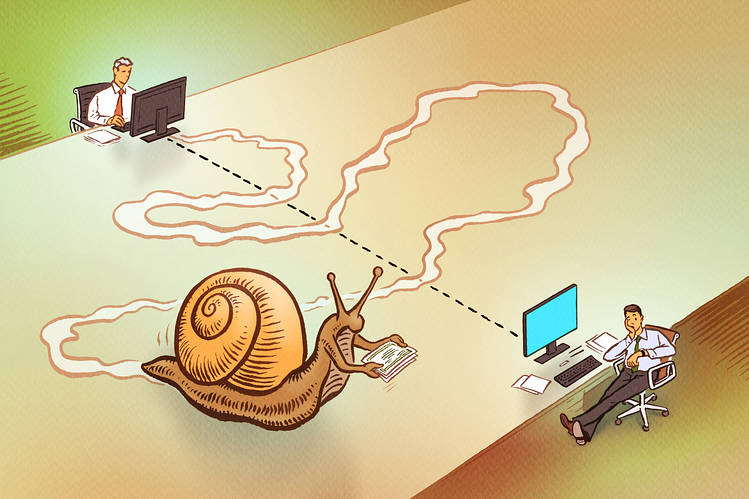 By the time you finish reading this sentence, an electronic high-frequency trader can send out thousands of buy or sell orders. Why, then, does it take up to three days — and occasionally far longer — for investors to receive cash when they sell and securities when they buy?

Under Securities and Exchange Commission rules, stock trades must “settle” — with the buyer delivering cash and the seller handing over the securities — no later than three business days afterward. By September 2017, they should settle within two days after the trade. Fortunately, in the meantime, you don’t have to settle for snail-like delivery.

Until 1892, messenger boys used to scramble through the streets of lower Manhattan lugging sacks of gold, bank checks and stock and bond certificates. When the settlement time of 2:15 p.m. approached, pedestrians risked life and limb as swarms of delivery boys plowed their way toward the cashier windows at the biggest banks. Without a single computer or cellphone, thousands of stock and bond trades regularly settled one day after they were made.

Overnight settlement was standard practice until the 1930s, says Bernard McSherry, interim dean of the NJCU School of Business in Jersey City, N.J., who worked as a broker on the floor of the New York Stock Exchange for four decades through 2005. The settlement period lengthened to two days in 1938 and three in 1946. Then, in 1968, with average daily volume swelling above 10 million shares and Wall Street drowning in paperwork, trades began settling on a five-day lag — where the limit stayed until the SEC lowered it to three days in 1995.

Progress has been slow primarily because of inertia and the intrinsic complexity of a system that handles billions of trades and trillions of dollars a day.

Source: Why Wait Three Days to Get Your Cash After You Trade? – MoneyBeat – WSJ