The Internet of Things

The time was when the internet was people on their PCs sending email and surfing web content dished up by servers. Sure, it was around before that in its academic/military guise, but as far as the public consciousness was concerned, PCs, laptops, email and the web, was all the internet meant. A few years ago that changed, imperceptibly at first, such that now the recurrent understanding of the internet is far more diverse, feral even. Myriad devices and people creating content in multiple forms, for consumption on an increasing array of devices. And it’s changing industry too- internet-connected combine harvesters, anyone? It has become known as the internet of things, guided by the fact that if something has an on/off switch, it should probably compute, and if it is going to compute, it should also connect to the internet.

Regardless of whether it is 30 or 75 billion, that number is still huge – and investors need to stay on top of this development. There is no shortage of opportunities! 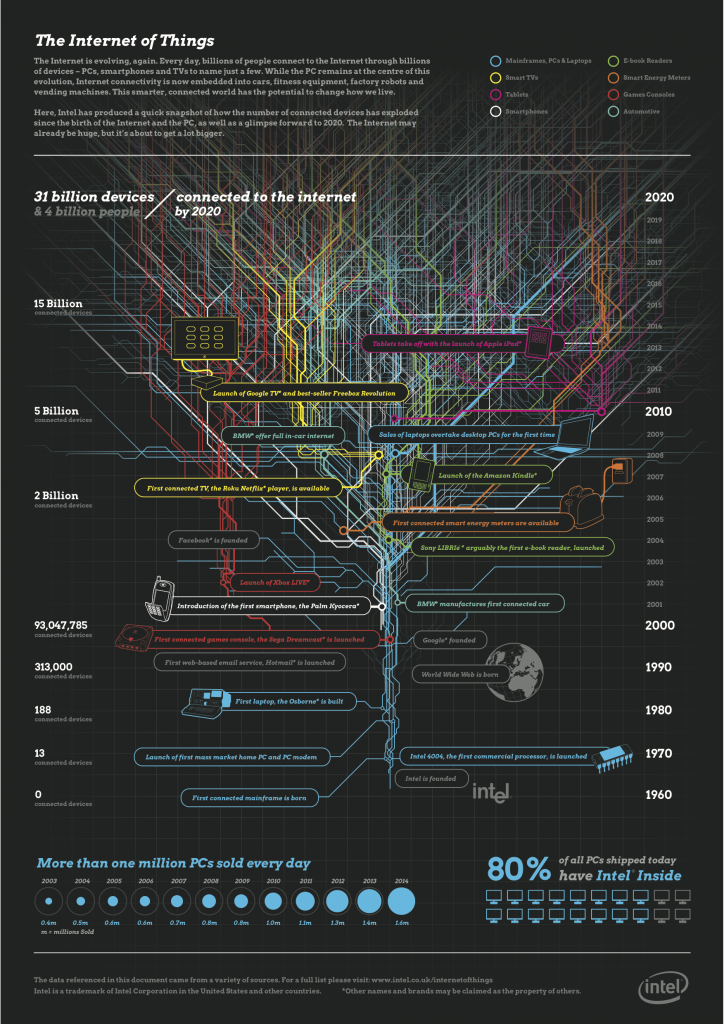