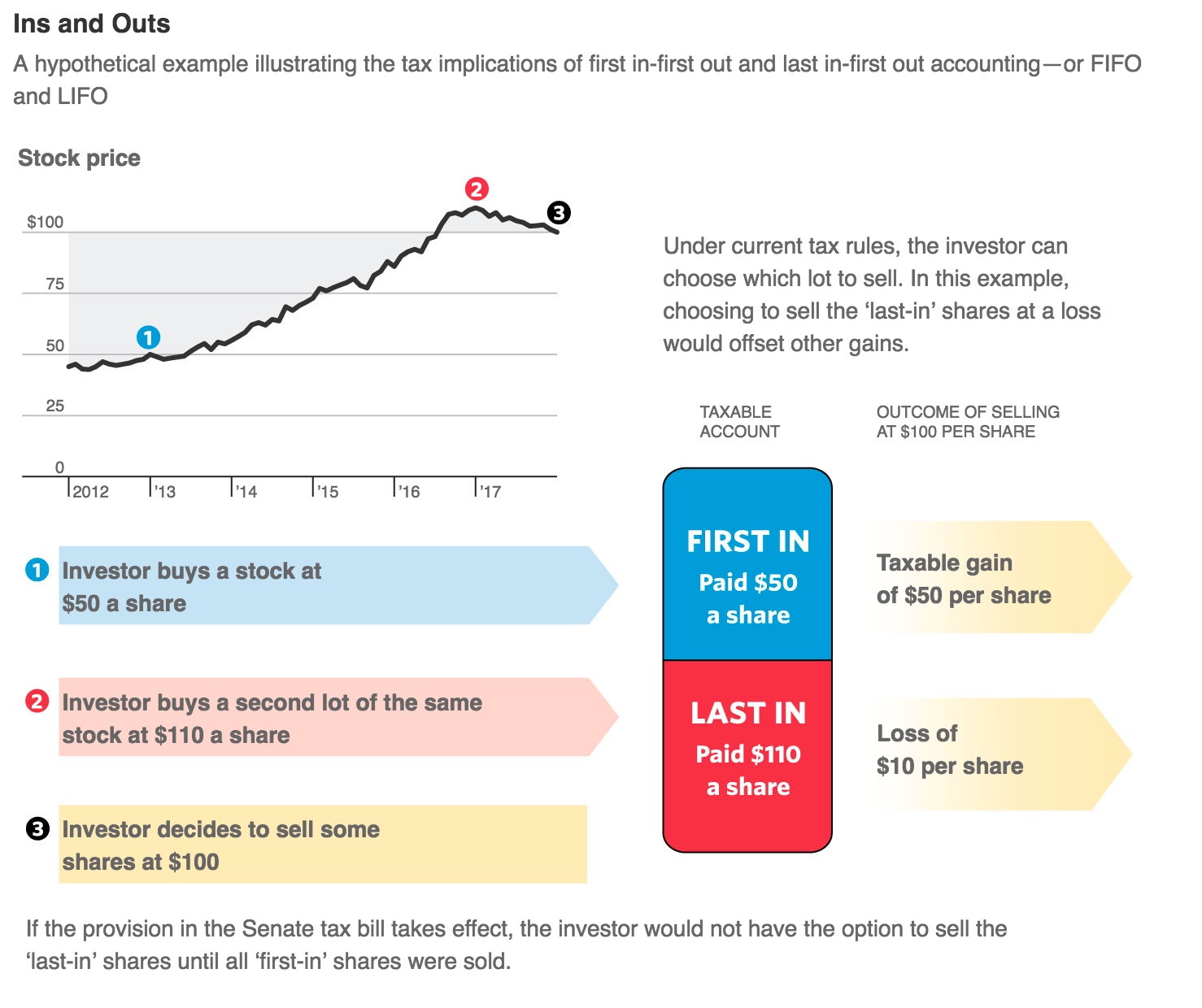 A little-discussed provision in the Senate tax bill could lead to a higher tax bill for millions of individual investors and cause many to unload stocks before year-end to avoid those costs.

Under the Senate’s $1.4 trillion tax overhaul, investors would lose the ability to choose which shares they can sell to reduce a position. Instead, investors selling partial stakes in a company would have to unload their oldest shares first, a process known as selling on a “first-in, first-out” basis.

The House’s tax proposal doesn’t include the first-in, first-out provision, and some lawmakers are trying to kill it. In a letter to Senate leaders on Thursday, 41 House Republicans urged their colleagues to drop the provision, saying it would amount to “massive, fundamental change that inhibits investor autonomy.”

Another concern for small investors: The first-in, first-out provision will make it more expensive to perform regular portfolio rebalancing to keep their mix of stocks and bonds constant, since the provision will raise the amount of taxes they pay.

This investor wants to sell some of Tesla stake to withdraw cash from the market on Dec. 1, when the car marker’s shares traded at $306.53. If the Senate tax provision was already in effect, this person would be required to sell the shares bought first before selling any of the shares in the more recent lot, forcing him or her to incur a taxable gain of $271.17 per share.

But under current rules, the investor would have the option of selling the shares bought last. That would generate a loss of $54.22 a share, which could be used to offset other gains.

The provision would allow investors in funds and dividend-reinvestment plans the choice of selling at the average cost of all the shares they bought. But that average-cost method doesn’t apply when selling specific shares of a company’s stock.