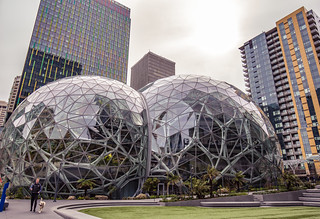 If there’s one thing that connects the three biggest streaming companies—Hulu, Amazon Prime Video, and Netflix [stckqut]NFLX[/stckqut]—it’s that they like to keep their numbers to themselves. That’s why it’s always intriguing when anything leaks out, like on Wednesday, when Reuters published a report detailing Amazon’s internal viewership statistics for Prime Video. Amazon [stckqut]AMZN[/stckqut] declined to comment on the findings, but the documents, which contain data from 2014 to early 2017, highlight how the company evaluates its original video content.

Amazon is far more than a streaming company, which separates it from Hulu and Netflix. Amazon’s customers are there for more than watching content: It’s a gateway for the company to get even more people hooked on streaming services to purchase items online. Still, the streaming arm of Amazon has seen better days, between the ousting of former Amazon Studios head Roy Price in light of sexual harassment allegations and the cancellation of several of the service’s critically acclaimed showsin the past few months. Reuters’s findings provide a literal by-the-numbers approach to the struggling service’s strategy.

Amazon evaluates its shows with a “cost per first stream” method, dividing a program’s marketing and production costs by the number of people who tune in to the first episode, or “first streams.” (Reuters has a handy interactive graphic that shows you how 10 Amazon Originals seasons stack up, and how the company perceives their respective value.) For example, despite the first season of alt-history drama The Man in the High Castle costing $72 million, it drew 1.15 million first streams, which amounts to an average cost of $63 dollars per subscriber. The only show more profitable of the ones featured in the Reuters graphic was Season 1 of The Grand Tour—the motorsports series featuring Top Gear alums Jeremy Clarkson, Richard Hammond, and James May—at $49 dollars per subscriber with 1.5 million first streams at a $78 million production cost.

All told, the documents show that there are 26 million customers who use Amazon’s video service. It’s pennies compared with Netflix—which boasted having 94 million subscribers in the final quarter of 2017—but Amazon is far more than a streaming company. As Bezos put it in 2016: “When we win a Golden Globe, it helps us sell more shoes.”

Amazon’s strategy isn’t infallible, and its execution is even worse: The amount the company spent on Good Girls Revolt is staggering, and, in just one season, The Man in the High Castle went from being its most successful endeavor to its third-worst; suddenly, based on the numbers, the show can be deemed cancellation-worthy. However, if Amazon wants to grab a foothold in the streaming wars, it will need to take bigger risks to reach for a bigger reward. That’s just math.

Source: To Win the Streaming Wars, Amazon Will Need to Take More Risks - The Ringer