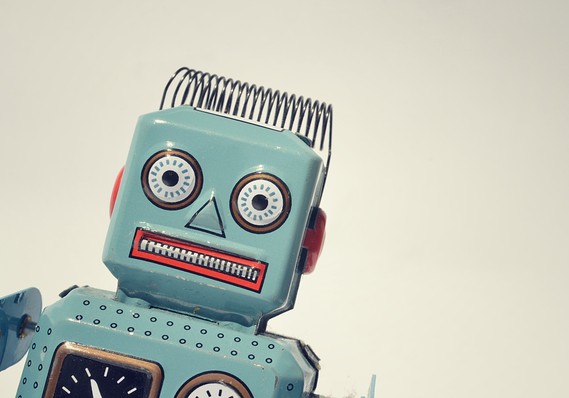 A stunning slide in some of Wall Street’s biggest exchange-traded funds has market watchers speculating that computer-driven trading was the cause.

“It was entirely — in my opinion — algorithmic trading that was ruling the day, and market makers stepped away,” said Dave Nadig, FactSet’s director of exchange-traded funds. And while many have described the dramatic action as a “flash crash,” Nadig said it is “a little hard to call it a flash crash when it lasted 45 minutes.”

These brief dives could have been sparked by preprogrammed trading strategies that went to cash — and sold these ETFs way below their fair value — because the broad market was down by a certain percentage, Nadig told MarketWatch. “If you implement that poorly, you can end up just being a seller at any price,” he said.

Source: Here’s what may have caused the ‘flash crash’ in some big ETFs - MarketWatch