Why Mutual Funds Should (or Should Not) Pay Investors for Loyalty 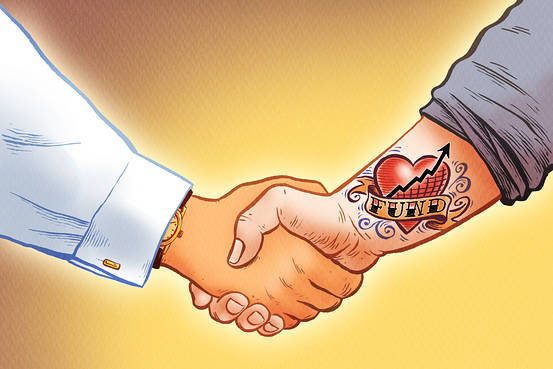 While I have no problem with mutual fund managers giving reduced rates to their most loyal investors, I do not encourage the practice.

First of all, I don't think that investors should be paying for managed mutual funds. As a group, they simply are not well managed and I have written about this many times.

Second, if the company running those mutual funds needed that revenue to survive then "loyalty rewards" are simply going to raise costs for "less loyal" investors. It will be similar to robbing Peter to pay Paul. Sure, Paul gets a better deal, but Peter is likely to not like the situation and may find a competitive offer.

In a blog post for the CFA Institute earlier this month, Ted Seides, president of Protégé Partners, a firm in New York that oversees $2 billion in portfolio of hedge funds run by other managers, called for hedge funds to offer “loyalty rewards,” or management fees that would decline steadily for investors who stayed put for years on end. A hedge fund charging a 1.5% annual management fee (alongside a 15% or 20% share of investment returns) might reduce that to 1.3% for a client who held continually for five years, 0.8% after 10 years and so on.