I don’t care about gold and you shouldn’t either

Gold prices have dropped a bit in the last couple months. This has caused some consternation among some investors. This is utterly foolish!

My gut is investing in gold right now is not particularly logical. It unquestionably is trending down. That is unwelcome news for some of the gold mines, but it is hardly a concern for a Confident Investor. We can easily invest in other companies that are doing well and are not subject to the whims of a commodity price. If you read this site even for a short time, you should know that I don’t like a “Buy and Hold” investment strategy.

Historically, gold was used as a safeguard against risk in the financial world. It was seen as a safe harbor when there was uncertainty in other investments. This was one of the principal reasons given when gold was growing so quickly from the beginning of 2006 to mid-2011. Then as the economy stopped hurting so badly, the price leveled off in late 2011 and 2012. It is not surprising, in fact it is expected, the price would drop with a stable economy.

As we look at the Gold ETF [stckqut]GLD[/stckqut], this is exactly what we see. There is quite a bit of volume as the price increases into 2011. Then, the volume drops substantially as the price oscillates in a sideways channel. Now the volume has increased as the price drops. What this shows is that money was flowing into this investment vehicle, it was be held, and now it is flowing out. The new home for that money is not currently clear but maybe it is the reason the stock market has been breaking records lately. 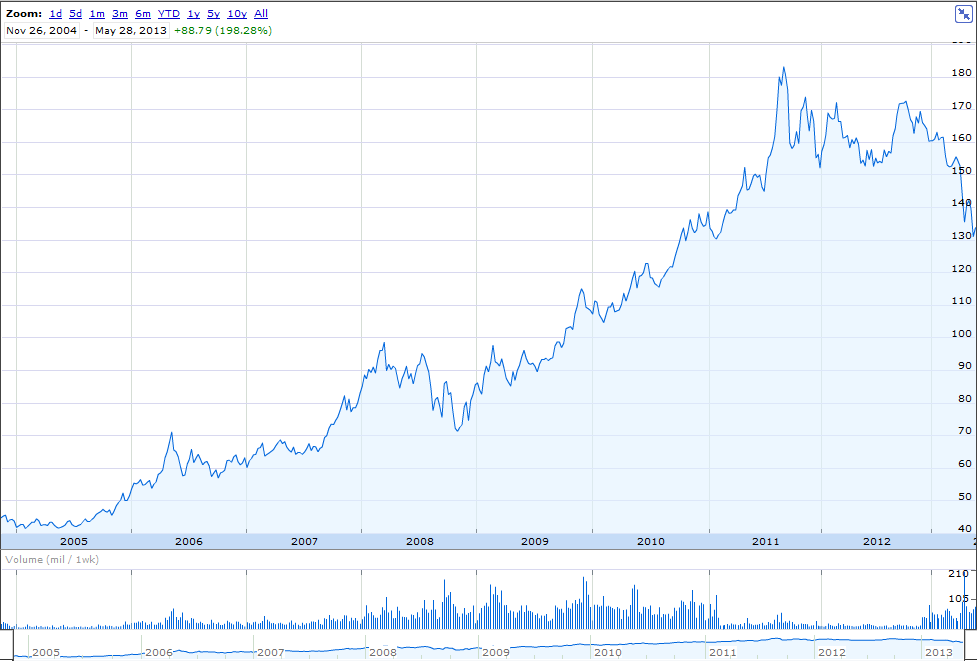 Many will point out that the economy is not as strong as it could be. That is fine. I won’t argue that point. However, the economy has been fairly stable for at least the last 12 months with a extremely slow recovery and painfully slow reduction in unemployment. The economy is not getting worse, and by most measures it is holding its own or slightly improving.